Traditionally, Thanksgiving in America is associated with family time and a huge meal with turkey and all the fixings.

Oh, how times have changed…

In the last few years, with increasing momentum, Thanksgiving has become the kick-off of Black Friday and holiday shopping… which sometimes starts as early as Wednesday night in certain stores. In fact, some of the big stores, like Target, have been blowing up their customers’ inboxes since the first week in November. It’s the biggest money-making week of the year.

This could (and should) be THE most profitable time of the year for YOUR business!

Is your inbox getting flooded with sales emails like this one? 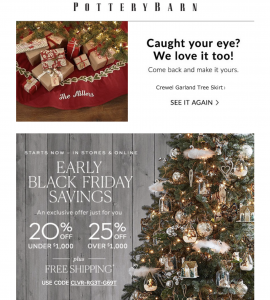 You’ve heard the stories about people waiting in line all night outside Best Buy, shoppers fighting with one another over the last available hot item on the shelf, and people actually trampled in the stampede into stores once they open their doors for Black Friday sales.

Sadly, the holiday gets overlooked as a whole as stores now are opening and starting their Black Friday deals on Thanksgiving Day (or earlier) instead of waiting until Friday like they use to. There are some stores like Sam’s Club that do not participate and take a stand on letting their workers have the day off. But, this is just another way retailers are trying to squeeze every dime out of consumers and beat each other in the race. Right now, Walmart is offering a $300 gift card if you get a new phone from them and Target is offering $250 for the same thing. 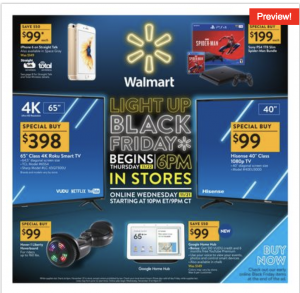 The term “Black Friday” (in the retail sense) was coined in the 1960s to mark the kickoff to the Christmas shopping season. “Black” refers to stores moving from the “red” to the “black,” back when accounting records were kept by hand, and red ink indicated a loss and black indicated a profit.

Here are some stats on Black Friday to give you an idea of the magnitude:

Black Friday online vs. in stores

And, of course, there’s Cyber Monday…

Cyber Monday is a term that started getting used in 2005. The next few years resulted in brutal competition between Walmart and Amazon, who continuously tried to one-up the other by extending the sales to Tuesday and then into an entire “Cyber Week.”

In 2016, the bulk of large retailers were no longer limiting themselves to a single day for “Cyber” deals. Amazon had begun calling its promo “Cyber Monday Deals Week” and releasing constantly changing daily deals. Kohl’s extended its Cyber sale into Early December. By 2017, Black Friday and Cyber Monday became almost indistinguishable.

At this point in history, Black Friday and Cyber Monday are triggers for spending. People sometimes “hold back” on purchases to see if they will get a better deal during these sales. But once it cranks up, consumer spending is like an avalanche.

People are looking for a deal. It’s a huge opportunity.

Watch what the big name stores are doing and duplicate it in your business. The big names use creative and scarcity-driven tactics such as:

So if you implement any or all of the above tactics, you are sure to end up with a lot more traffic than you normally have. Is your site ready for this influx of online traffic?

Here are some things to consider if you aren’t already doing them:

It’s tough to stand out from the crowd during a “normal” time of year, so just imagine how hard it is to get your offer noticed for Black Friday and Cyber Monday. Every retailer and anyone who has an offer or service to sell will be shouting from the rooftops. Ramp up your campaigns on every platform and especially in email marketing. People’s inboxes will be overflowing with deals. They’ll start the day by deleting most of it. Consider sending out your emails during “off times” throughout the day.

Lastly: Just keep at it. If you are putting your offer out there, and you show people VALUE, they WILL buy. But, you, like every other retailer out there, will have to ramp up your efforts to stand out. Tis the season!

Need more help getting your business off the ground? Check out our New to JVZoo Training Series HERE

Get a Massive Advantage Over Your Competition!
Learn How To Get More Done In 30 Days Than Most Will In An Entire Year!
Complete Step By Step Method Ensures You Get Results!
Powered by Convert Plus
affiliate marketing Black Friday build your list Cyber Monday Cyber Week Sales email marketing Holiday Sales marketing social media marketing website traffic 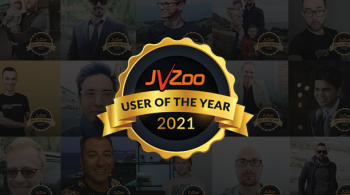 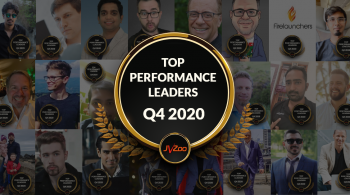 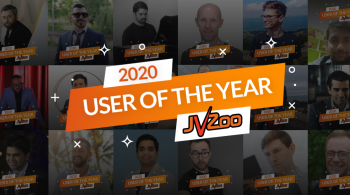 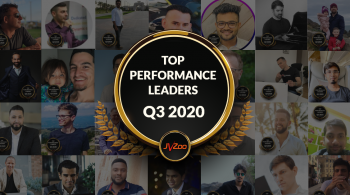 1
Audiostudio
Enter Any Keyword, And This A.I. Powered App Creates High Converting Marketing Content & Automatically Generates Voiceover That Sounds Like REAL Humans In ANY Language With Background Music… In Seconds!
LEARN MORE
2
Keysearch Starter
The Keyword Research Tool You've Been Waiting For! Incredible cutting edge web based keyword research and difficulty analysis tool.
LEARN MORE
3
MegaSuite Commercial
MegaSuite is an all in one suite for agencies and marketers that gives them access to complete done for you assets and services and access to a marketplace where to sell it, all under one roof
LEARN MORE
4
ClickDesigns™ Graphics & Designs Made Easy
Get stunning logos, boxshots, covers, reports, digital mockups, product bundles, graphics & illustrations instantly on demand for your online presence or for your clients WITHOUT freelancers, designers, coders & webmasters.
LEARN MORE
5
(Bundle) Graiphics Unlimited
Ends TODAY: Last Chance To See The LIVE Demo Replay And Lock in our INSANE Bundle Package To Secure The BEST Possible Value For Graiphics EVER!
LEARN MORE
6
ADA Bundle - Agency Edition
This New Legislation Is Forcing Businesses To Pay You A Bomb Or Face A $100k Fine. Software + Professional Agency Business Setup + On Demand Clients + One-On-One Coaching
LEARN MORE
7
Courserious 2.0 - Best Seller
Grab this app to start selling courses online and generate insane profits right from the comfort of their homes.
LEARN MORE
8
VidVoicer - Commercial Rights
Grab this World Most Advanced All Inclusive Video Platform To create Jaw dropping videos With Voiceovers In Any Language or Niche within minutes!
LEARN MORE
9
Photography Jobs Online! Get Paid to Take Photos!
Get Paid To Take Photos! Helping photographers since 2010 make money with their photography!
LEARN MORE
10
eLearn Empire PRO
The World’s #1 Video Course Creator Studio And Marketing System
LEARN MORE